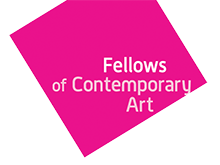 With a focus on language and the field of translation, In the depth of the mouth inhabits the light that takes shape features the work of Yuchi Ma, Jiayun Chen, and Elizabeth Ibarra. These three artists offer intimate yet fundamentally distinct reflections on the experience of learning English as a second language via a wide range of media, including sculpture, watercolor paintings, and video installation. The exhibition is partially inspired by Jacques Derrida’s 1996 seminal book, Monolingualism of the Other; or The Prosthesis of Origin, where the author writes: “I have one language and that language is not mine.” In questioning his own identity as a francophone, Derrida arrives at the conclusion that he cannot claim ownership over the French language due to its multiplicity of idioms over centuries of colonial expropriation. The featured artists propose a similar approach to understanding their identities as bilingual speakers, acknowledging the colonial traces imprinted in the process of language acquisition. By offering meditations on the experience of human communication, they make visible the way ideas and thoughts take the shape of the languages people are conditioned to learn.

Yuchi Ma is an multidisciplinary artist and filmmaker from Beijing, China, currently living and working in Los Angeles, California. Having moved to the United States during her high school education, Yuchi identifies with the experience of being of “parachute kid.” She carries this experience into her work, making anything and everything that she wants to close the gap between herself and the world surrounding her. Her work can be described as attempt to return home. She earned a BFA in Film and TV Production at USC (2019), followed by an MFA in Design Media Arts at UCLA (2022). She recently participated in the exhibition, Poetic Realities at the UCLA Design Media Arts gallery and the group exhibition, Alien Race: Envisioning Sites of our future ancestors at LA Artcore, both in 2022.

Elizabeth Ibarra’s (b. 1986, Guadalajara, Mexico) creative explorations take form in painting, works on paper, mixed media sculptures and assemblages of tree branches she calls “Sunday Findings.” Her pictorial representations of the figure are recognizably human but they also bear a strange, unidentifiable alien nature. Her “creatures,” as she refers to them, could represent extraterrestrial beings, the experience of being a foreigner with an outside perspective or simply the feeling loneliness. Along with Ibarra’s sense of wonder and haunting comes an absolute honesty: “for some reason I’m fucked” she scrawls on a self-portrait, and “good-bye will probably forget you” on another.Ibarra lives in Los Angeles. Although her work bears resemblance to modern masters such as Joan Miro, Louise Bourgeois and J. M. W. Turner, Ibarra did not undergo a formal education. Instead, her stylistic development was independent and inspired by the connectivity and simplicity of images and cosmology.

Jiayun Chen is an artist from Wenzhou, China, Jiayun Chen. She earned an BFA from the California Institute of the Arts (2020) and is currently a Master of Fine Arts candidate at the USC Roski School of Art and Design (2023). Chen’s is drawn to slow-paced artmaking processes, relying on drawing, sculpture, and installation as her preferred medium. She is interested in language and the inevitable slippages that occur as a result of communication. She finds inspiration in social phenomena, creating work that twists the familiar through wit, humor, and the poetic. She has been invited to participate in the upcoming collaborative project, Swept Away: Love Letter to a Surrogate, organized among East and West coast artists. In 2021, she organized the group exhibition, Reunion / 同乡会 / 同鄉會 / Tong Xiang a / 동창회 in Los Angeles’ Chinatown.

Eat the Page; Spit It Out: A Workshop on Writing as Multilingual Creative Practice

Whether we are multilingual, bilingual, or even monolingual, our language use is informed by multiplicities. We mix multiple forms in our mouths as we move among and across different language codes and levels of meaning, intimacy, and formality. This workshop offers a space to think and write in these multiplicities through multilingual creative practice. It features readings by Aminata Ndiaye and Peng Hsu from the eohippus pamphlet series Migrating Pedagogies. Their readings will be followed by a guided activity in which participants will generate their own writing. The workshop is open to all! No previous writing or art experience is required. It is for anyone interested in the creative potential to move among and across languages and language dialects. 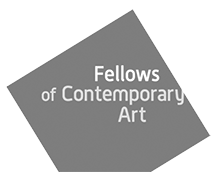